Henry Winkler first thought of acting for a living when he was growing up in New York City.

However, there was a problem.

“I was learning challenged from the beginning of my life,” he said. “They had to write my name on my tie.

“I was bad at math. I was bad at writing. I couldn't spell. I was great at eating lunch.”

Adding to the problem was little, or no, support at home.

“If people were born to do something, I was born to act,” Winkler said. “My dad wanted me to import and export wood.”

Before a full house Thursday night at Santander Arena, Winkler explained how he was able to make that dream come true.

He was the keynote speaker for the Greater Reading Chamber Alliance's annual dinner, which also featured an awards presentation.

Winkler said his grades were barely good enough to be eligible to participate in the 11th-grade musical. It was during that time he received encouragement from his music teacher, Mr. Rock, who told him: “If you ever get out of here, you'll be OK.”

Winkler said he held on to that advice like Leonardo DiCaprio “held on to the piece of wood” at the end of “Titanic.”

The only wood he was thinking of by that time was Hollywood.

“They said I'd never get there. I applied to 28 colleges and only got into two.”

One of those was Emerson College in Boston and after almost flunking out twice, Winkler moved on to Yale School of Drama.

Eventually, Winkler made it to Hollywood, moving from New York with enough money to live on for a month. He got a bit part on the “Mary Tyler Moore Show.”

When his month was almost up, he tried out for one more part on a pilot. It turned out to be the big break — he played Arthur “The Fonz" Fonzarelli on “Happy Days” for 10 seasons.

Winkler said during that time it felt like he was in a metal cylinder, and he was struggling to get out.

“I figured out how to get to the lip and climb out.”

After he got married and had children, Winkler noticed one of his sons was bright but struggled in school just like he did. It was then, at 31, Winkler found out he had dyslexia.

Years after being called a “dumb dog” by his father, he found out, “I had different wiring in my brain.”

But it didn't stop him from pursuing his dream.

In 2003, he teamed up with Lin Oliver on a series of children's books about Hank Zipzer, a boy who is dyslexic.

To this day, Winkler has made it a mission to make sure children with disabilities are encouraged to still pursue their aspirations.

“Don't put a period on the end of a negative thought,” Winkler said. “Replace it with a positive.” 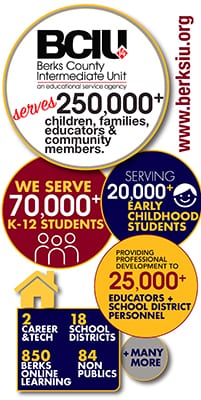